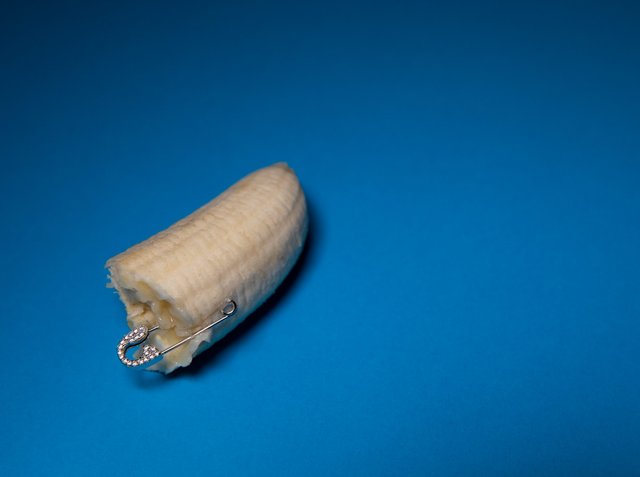 Kristine Tusiashvili's unique visual language is a system of coded signs that generate an infinite chain of associative streams. A photo or moving image built on a metaphorical connection of colors / shapes, substances / textures, and concepts is constantly loaded with new meaning, decrypted, and stimulates new acts of decoding. The principle of dual coding defines the reassessment of traditional concepts and the high degree of freedom that both the author and the recipient "enjoy" at the same time.

Kristine Tusiashvili does not lead us to the solution, but opens endless portals with her individual language forms. Entering into her work does not mean that you will see or get something, no, it's more of a temporary relationship with those untouchable fragments, connections, situations that are constantly slipping out of our hands. The multifaceted visual codes she presents do not even express, but only point to, evoke a referential illusion, and in the conditions of this constant flux, from different shapes, images, bodies, and colors a vast array of mutually provocative sensations and visions emerge, which exist between joy and pain, serenity and movement, concrete and abstract, aesthetics and vulgarity.

The artist tells her own and common real story about the universal, difficult relationships, lost and discovered bodies, broken and restored connections. Feelings narrated in colors and hidden behind them, ideas turned into colors and colors turned into bodies, which become so self-sufficient that they acquire the power of form and enter into a bodily or ideological universal secret erotic dialogue with draped textures or substances whether it be a viscous liquid, banana pulp with glamorous pin, a table decorated with multiple nipples a bare chest behind a transparent fabric, or The Burning Bush, that eventually becomes ashes on these colored spots.

Kristine Tusiashvili's colorful forms, as a kind of signs of the modern world, are transformed into universal symbols. Their meaning enters into communication and relates to an idea or feeling that is already entrenched in the viewer but has not yet been revived. The artist's colorful Eros is everywhere - in moving images and photographs - and touches everything, including the recipient, of course, but it is impossible to figure it out and solve it. As a space of communication and at the same time an object of observation, these visual visions are imprinted in our memory forever, but remain a constant puzzle.